Home > About Don and This Site

About Don and This Site 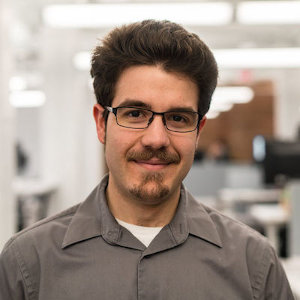 I'm a Boston-based DevOps engineer with a passion for automation, teaching, learning, presentation, and community outreach. I'm one of the organizers of DevOpsDays Boston and am also involved with the monthly Boston DevOps meetup, and have presented at others such as the Boston Jenkins Area Meetup and the Inclusive Tech Hub. I currently work at SimpliSafe, where I help teams deliver their code to customers, and am constantly thinking about our next hundred thousand users.

Tangential to my day job, I've been a maker since the mid-2000s. My first "build" consisted of nothing more than a 386 PC, an FM radio, a light timer, and a CompactFlash card - so that I could listen to a radio show that aired while I was at school. I was also a member of the Netscape and Mozilla communities and put out a Mozilla distro, Donzilla, with the help of some great folks at SillyDog701. Later I made an HDTV, restored a 1987 BMW, built a drivable drive-in movie theater, and did plenty of other personally useful but ill-advisable things.

I've been a practitioner of Shōhei-ryu karate since 2013, and earned my first-degree black belt in 2018. In additional to helping me stay physically fit, the martial arts have taught me important lessons in how to problem-solve, and how to teach - the most important thing I've learned from the martial arts is that it's not possible to truly "know" something (not even just a martial art!) until you've taught it to someone else. I have a goal of earning my second-degree black belt, global pandemic permitting, in 2022. 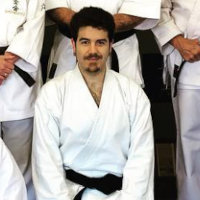 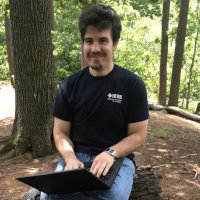 I have several other hobbies that I spend regretfully little time doing. I'd be remiss to take a vacation without shooting some photos, some of which can be seen in the gallery. I'm a radio enthusiast, and have followed a number of Boston's DJs as they've moved among WFNX, WBCN, WGBH, and Indie617, and am an avid WERS listener. I'll probably also drop anything I'm doing to go hiking.

The site hardwarehacks.org has been around in some form since 2003, though its lineage is a bit more difficult to track:

The moral of this story is that the tools are a dime a dozen and will change anyway.